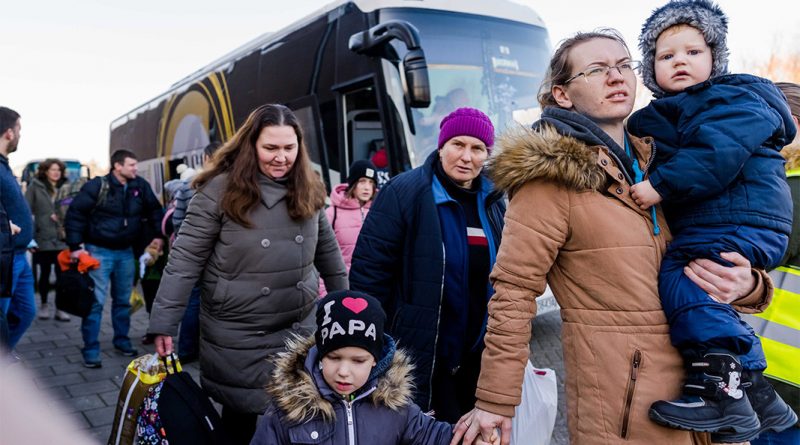 Many of them work legally and integrate easily thanks to their own will and the unprecedented assistance systems (hotel accommodation, fast-track administrative procedures…) developed for migrants on European territory.

After almost unanimously supporting the Ukrainian migrants, Bulgarian public opinion seems to have changed its tone and position. More and more comments on anecdotal, individual, often fantastic storries, fuel the feeling of distrust and rejection of Ukrainians. To this must be added the pro-Russian sentiment, which is not at all small in Bulgaria.

The image is created of a capricious, lazy Ukrainian who does not want to leave the pool of the four-star hotel where he is staying for free to go and study Bulgarian in a three-star hotel in Bansko. Or that of the Ukrainian thief who, not out of necessity but because he believes that as a refugee “everything is his due”, fills his luxury jeep with fuel and refuses to pay for it.

They have been compared to Syrian refugees, heroes of immigration, who have received no help and have not complained.

It should not be forgotten that when the Syrian refugees arrived in Bulgaria, the same people were happy for Dinko to tie them up at the border.

Looking at the history of migration, these reactions are both disturbing and predictable. Recent arrivals in a territory are rarely welcomed without problems.

Negative reactions against migrants are fueled both by existing trends in society of distrust and hostility towards foreigners and by targeted campaigns by sections of the ruling class. Through these campaigns, nationalist circles within the ruling class aim to capitalise on social discontent by directing people’s anger against convenient victims, and the political expression of that anger to the ballot box.

Regardless of the source of the negative reactions against migrants, they have the same effect – a political restriction of the civil and labour rights of migrant workers, which means that they are forced to work in less secure jobs, for less money. In turn, the exploitation of migrant labour has a direct impact on the labour market in general, putting pressure on the wages of all workers. Anti-migrant sentiment is thus directed not only against migrants, but also against the majority of people who share this sentiment. The only ones who benefit from this situation are the businessmen who get cheap and docile workers and the nationalist faction of the ruling elite who get the political dividends.

What can the workers do to resist the division being fomented by businessmen and politicians?

What action can be taken to neutralise the pressure on wages, especially in sectors dominated by migrant labour (tourism, restaurants)?